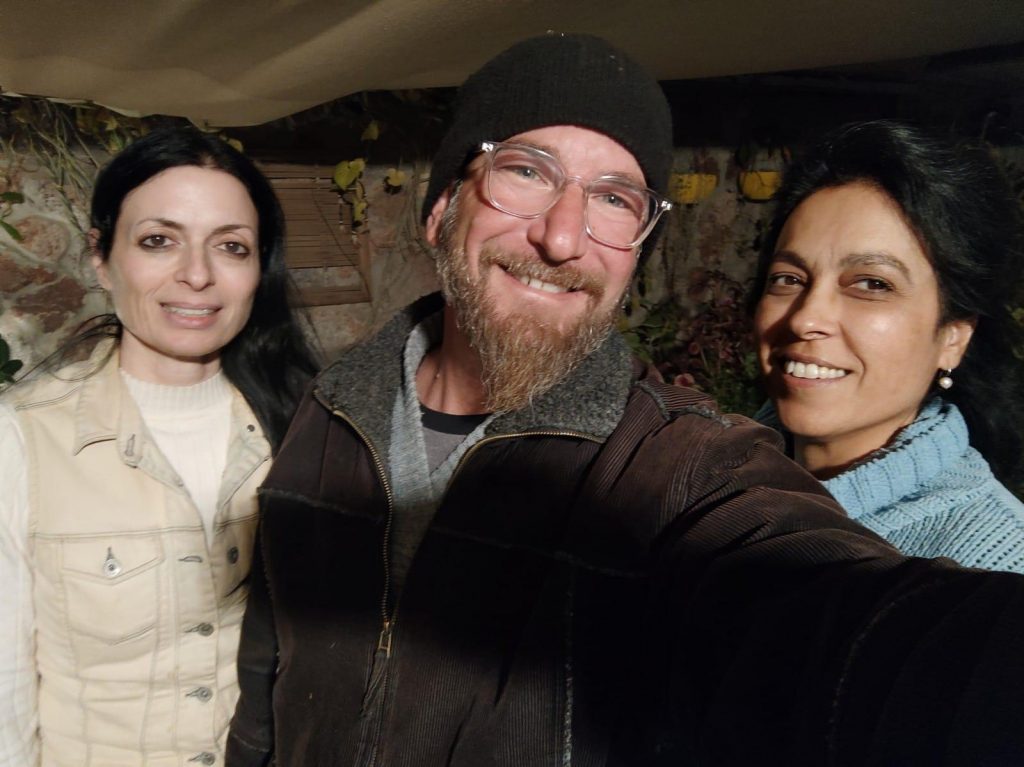 After 25 years of repressing his emotional trauma from the helicopter disaster, Adam Yosefa gets recognition as a post-traumatic combat vet within just 3 hours!

The Israeli Protective Partnership was established in order to address a historic systemic failure:

To actively locate all those veterans through various channels, and then to accompany them until they receive recognition from the Ministry of Defense so that they get the treatment they need from the Rehabilitation Division and can lead fulfilling, meaningful lives.

The story behind the establishment of the association:

The idea for the establishment of the association was born from the personal moving story of our Chairman and Co-founder Izhar David.

It is a story about courage, mental resilience, endless giving, and most importantly, about a huge personal sacrifice. Iizhar was in field and operations in the Shabak (Israel Security Agency) for over 20 years, responsible for thwarting terrorist attacks and rescuing hundreds of civilians. During his service, he suffered from PTSD and hid it for nine years. In his book “Ticking Bomb” he describes the shakiest moment in his life, when he is standing at the edge of a cliff, when he stops and decides to come back to life.
He went through a recognition process at the Rehabilitation Division and promised himself that he would set up an association to locate all those 40,000 veterans of the IDF and security forces who had suffered from PTSD (who, until recently were like him) and assist them in the recognition process so that they could live fulfilling lives.

Iizhar is the first PTSD veteran to receive the Rehabilitation Masterpiece Medal. Beyond being the association’s chairman and co-founder, Iizhar is a social entrepreneur, founder and first CEO of the College for Joint Israeli Leadership. He is an educator, and lectures on PTSD throughout the country.

The association was established by the best experts with a military and security background, with expertise in the field of detection, recognition, and treatment of trauma victims in all mental health and legal aspects.

Former Director of Field and Operations at the Shin Bet. The first combat fatigue veteran to receive the Rehabilitation Medal. Social entrepreneur, Founder and first CEO of College for Shared Israeli Leadership. Educator, teaches at-risk youth and lectures about PTSD around Israel.

Social entrepreneur, leading projects for PTSD combat vets. Served in an operational position in the former Prime Minister’s Office. Served as a soldier and commander of an elite unit in the IDF. Major in reserve duty. CEO of Baruch Sheinberg Association for discharged lone soldiers.

Chairman of the Army and Defense Committee in the Bar. Active in the Bar Association for the past 25 years, Serves in reserve duty on a voluntary basis in the Chief Military Advocacy.

Former Head of the Behavioral Sciences Department at the Prime Minister’s Office in Tel Aviv. Currently Co-Manages the Israel EMDR Center and Psychomatic Clinic in Tel Aviv. Specializes in short-term, focused treatment for trauma and anxiety.